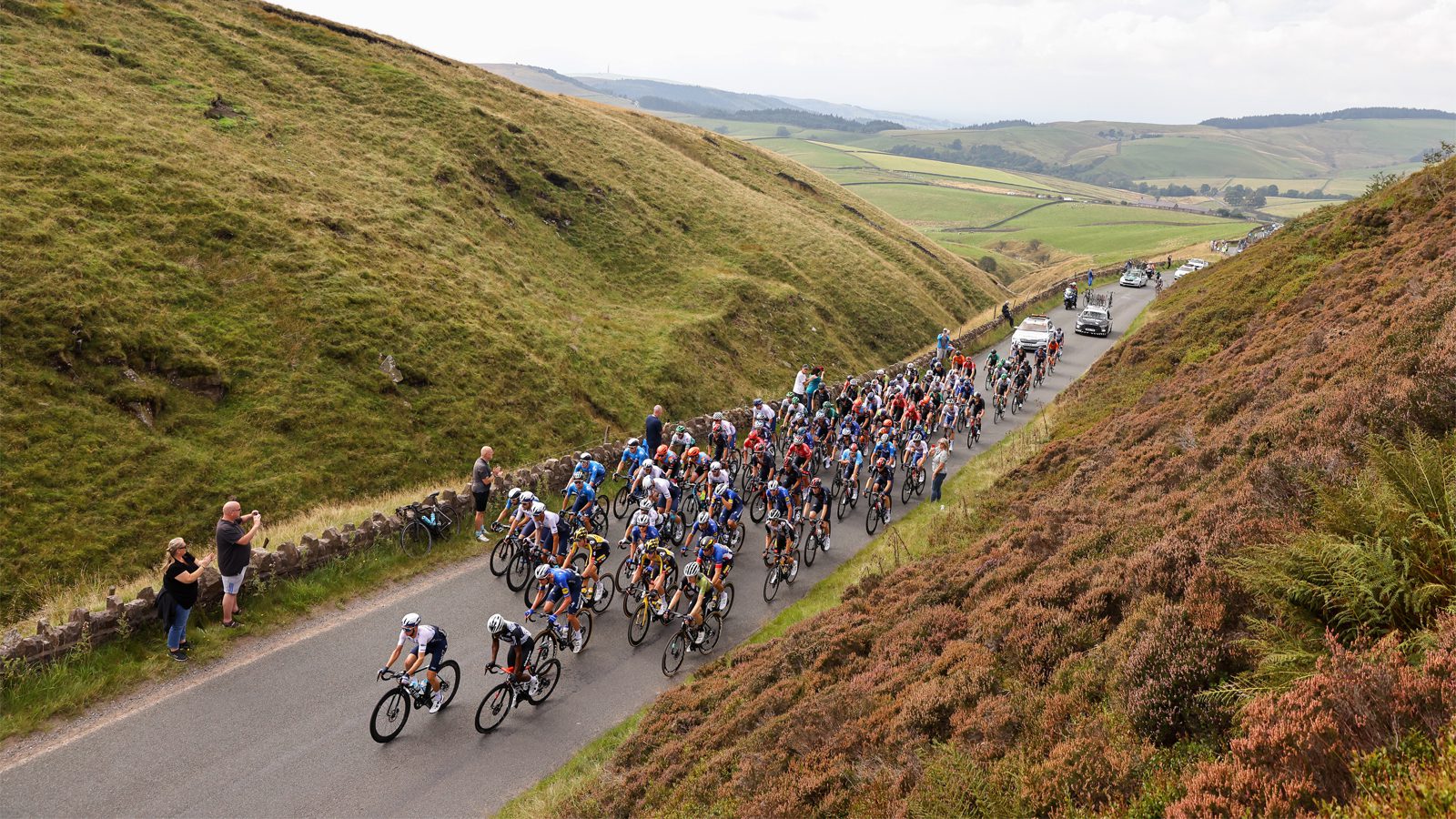 Stage six of the AJ Bell Tour of Britain will see the world’s best riders cross the Pennines from west to east as the battle to win the 2021 edition intensifies on the roads between Carlisle and Gateshead.

Stage six of the AJ Bell Tour of Britain will see the world’s best riders cross the Pennines from west to east as the battle to win the 2021 edition intensifies on the roads between Carlisle and Gateshead.

The 198-kilometre route contains 3,044 metres of climbing, second only to stage two in Devon in this year’s race, and includes the first-category SKODA King of the Mountains ascents at Hartside, Killhope Cross and Burtree Fell.

While the middle part of the stage is undoubtedly the toughest section, expect to see attacks aplenty as the race nears Gateshead, which will host its first stage finish since 2009. In what promises to be a spectacular finale, racing culminates outside Sir Antony Gormley’s iconic Angel of the North sculpture.

Discover Carlisle and Gateshead on our stage six hub page.

Join Matt Barbet, Pippa York, Ned Boulting and Adam Blythe for full live coverage of stage six on ITV4 from 10:30am on Friday. Alternatively, our highlights programme will air at 8pm.

Full timings for stage six can be found here.

Ethan Hayter goes into stage six as the AJ Bell Tour of Britain race leader after sprinting to victory in Warrington on Thursday.

Want to know who will be wearing the race’s four leaders’ jerseys as the race crosses from west to east on Friday?

“Whoever is leading the race after stage six is likely our champion-in-waiting. Why do I say that? Stage six is hard to start, hard in the middle and hard to end! Tour of Britain fans wouldn’t expect anything less from a stage that crosses from the North West to the North East of England!

“The most challenging section of the stage is in the middle, starting from the foot of Hartside Pass, which we used for a stage finish in 2015. That said, the second ŠKODA King of the Mountains climb of Killhope Cross is shorter but steeper – the race will surely split there if it hasn’t already over Hartside.

“There are a couple of nasty kicks in the closing kilometres – the climbs out of Prudhoe and Rowlands Gill could see some attacks. There’s also a slight drag up to the finish line where, despite how tired the winner will be, I hope he celebrates with his arms out wide: just like the Angel of the North!”

Cumbria will welcome the race for a third-consecutive edition when it hosts the start of this stage, marking its 11th appearance in the UK’s biggest cycling event. This will also be Carlisle’s fifth appearance in the race, all of which have been as a start location.

Gateshead has previously hosted two stage finishes (2008 and 2009), as well as the start of stage four in 2019, however this will be the first to culminate by the Angel of the North.