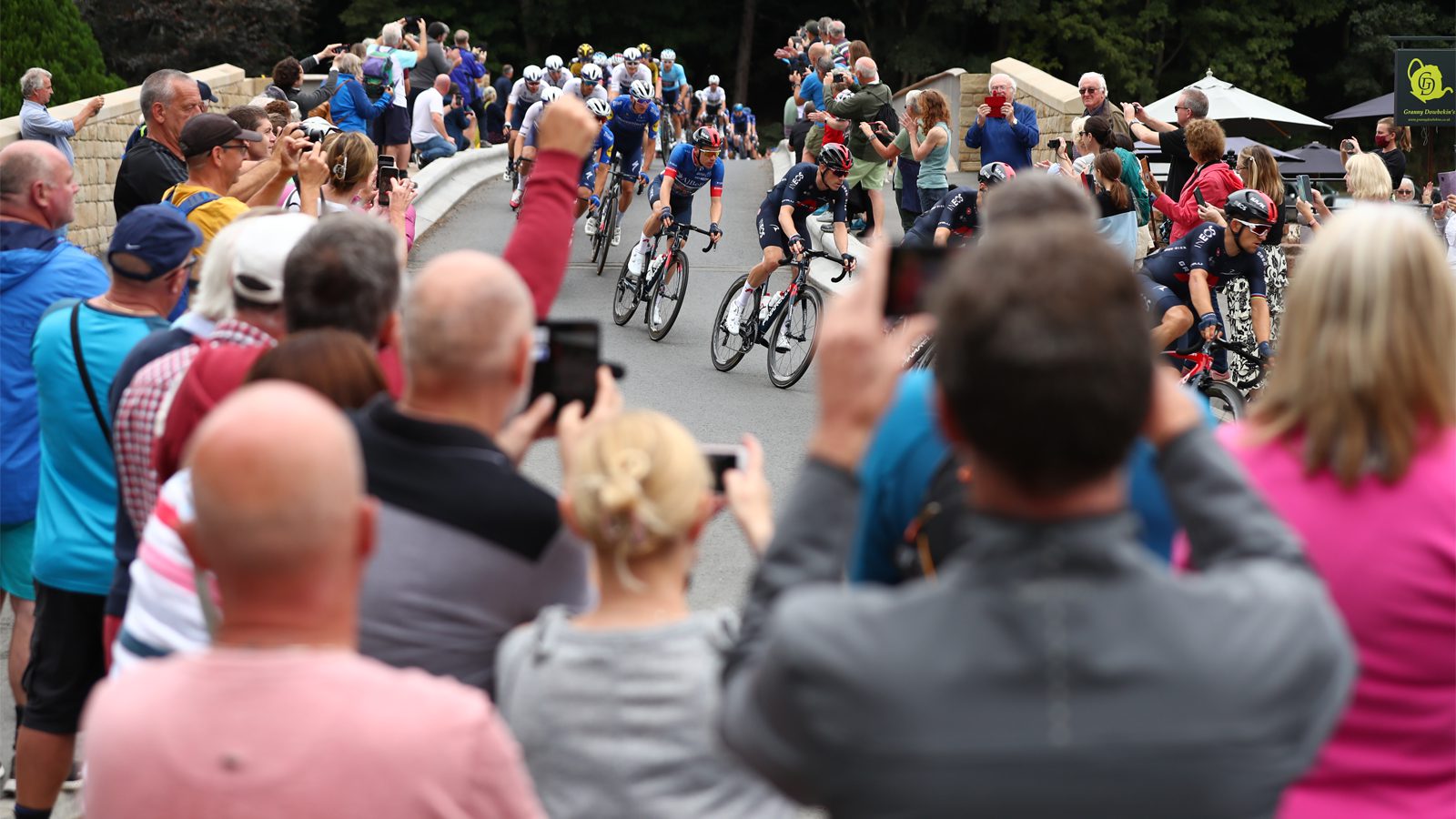 And so to Scotland for the final two days of this year’s AJ Bell Tour of Britain, starting with a 194.8-kilometre stage between Hawick in the Borders and the world-famous Holyrood Park in Edinburgh on Saturday.

And so to Scotland for the final two days of this year’s AJ Bell Tour of Britain, starting with a 194.8-kilometre stage between Hawick in the Borders and the world-famous Holyrood Park in Edinburgh on Saturday.

The race is finely poised as it crosses the border, with the top five riders on general classification separated by under a minute. However, the thrilling two-way battle between Londoner Ethan Hayter (INEOS Grenadiers) and Wout van Aert (Team Jumbo – Visma) that has been the main storyline of this year’s event looks set to continue on stage seven, a day of racing that could potentially be won by a solo rider, small breakaway group or a bunch sprint.

Hayter and van Aert are separated by just four seconds on GC, a gap that could be overturned along a picturesque route that also passes through East Lothian.

The stage’s Eisberg sprint primes at Innerleithen (KM47.8), Lauder (KM91.7) and Duns (KM120.7) offer three, two and one bonus seconds to the top three across the line. More interestingly, 10, six and four seconds are available on the finish line.

Discover Hawick and Edinburgh on our stage seven hub page.

Join Matt Barbet, Pippa York, Ned Boulting and Adam Blythe for full live coverage of stage seven on ITV4 from 10:30am on Saturday. Alternatively, our highlights programme will air at 8pm.

Full timings for stage seven can be found here.

Canyon dhb SunGod rider Jacob Scott just needs to make it to the finish in Aberdeen on Scotland to win the SKODA King of the Mountains jersey for a second-consecutive edition of the race.

Want to know who will be wearing the race’s four leaders’ jerseys as the race heads into Scotland on Saturday?

“The first of two Scottish stages to end the 2021 AJ Bell Tour of Britain is an interesting proposition: so much says this will end in a bunch sprint, but a solo winner or breakaway group contesting the victory should not be discounted!

“As well as being incredibly familiar to the race, the roads in the Scottish Borders have real character to them. They’re relatively narrow in places – similar to those we see in the Belgian one-day classics – so any breakaway that forms could build up a big lead early on. Then again, they could lose precious seconds on the day’s final ŠKODA King of the Mountains climb of Wanside Rig, which comes inside the closing 50 kilometres.

“It’s really exciting to have a stage of the race finish in Holyrood Park, even more so considering we’re doing nearly half a lap around it, too. As the road approaching the line ramps up slightly, riders will be able to see the finish from a fair way out – don’t be surprised to see somebody going for a long sprint!”

Hawick is a new host venue to the AJ Bell Tour of Britain, although it previously hosted an intermediate sprint during the 2012 race. This will be Edinburgh’s third appearance in modern Tour history, but its first as a stage finish venue.