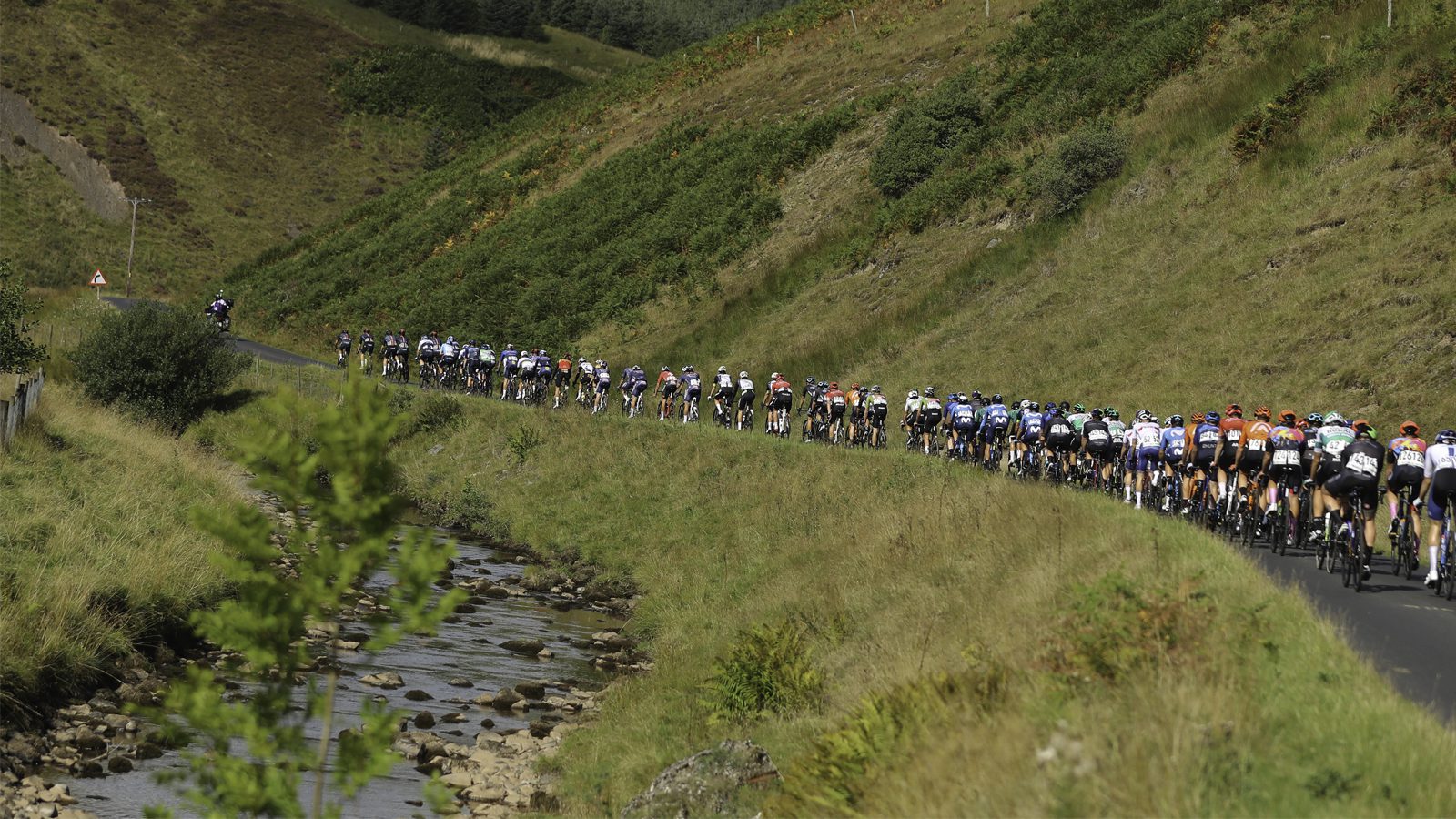 History will be made on Sunday when the finale of the 2021 AJ Bell Tour of Britain takes place in Aberdeen and Aberdeenshire, marking the most northerly stage in modern race history.

History will be made on Sunday when the finale of the 2021 AJ Bell Tour of Britain takes place in Aberdeen and Aberdeenshire, marking the most northerly stage in modern race history.

The Aberdeenshire coastal town of Stonehaven will play host to the stage start, with the route also featuring a much-anticipated ascent of the famed Cairn o’Mount climb in the opening kilometres.

This year’s overall winner will be crowned on Aberdeen’s picturesque Esplanade after a scenic and challenging 173-kilometre stage.

Should current race leader and Londoner Ethan Hayter (INEOS Grenadiers) hold on to win, he will become the second youngest champion in modern race history (at the age of 22 years, 11 months, 25 days, beaten only by 2014 victor Dylan van Baarle by eight months).

Discover Stonehaven and Aberdeen on our stage eight hub page.

Join Matt Barbet, Pippa York, Ned Boulting and Adam Blythe for full live coverage of stage eight on ITV4 from 10:15am on Sunday. Alternatively, our highlights programme will air at 8pm.

Full timings for stage eight can be found here.

The B974 Cairn o’Mount Road will be closed to vehicles from 6pm on Saturday 11 September until after the race has passed on Sunday 12 September. Click here for details of spectator parking for the climb.

Hayter goes into stage eight as the AJ Bell Tour of Britain race leader, with Wout van Aert – victor in Gateshead on Friday – just four seconds behind him.

Provided he finishes, Hayter will win the Sportsbreaks.com points jersey at least, while Canyon dhb SunGod rider Jacob Scott will be crowned both the SKODA King of the Mountains and Eisberg sprints champion.

Want to know who will be wearing the race’s four leaders’ jerseys in the final stage of this year’s Tour?

“And so to stage eight and a route that we had planned long before the pandemic struck. As this is the race’s first visit to Aberdeenshire and Aberdeen, it was important to reflect as the area’s character and terrain.

“I think we do this throughout – for example, the start town of Stonehaven is as pretty as it is quaint, and will give us a start backdrop like no other along the route. Cairn o’Mount, which starts 33 kilometres into the stage, is one of the best ŠKODA King of the Mountains climbs of the entire race. It will be good to show it off to a worldwide audience: its steepness, terrain and the hairpins at its summit make it feel like a Grand Tour climb.

“After that the riders will take in rolling open countryside and some stunning views through the Cairngorns. Nonetheless, this stage is still set up perfectly for a sprint finish. The final corner, a swooping bend onto Aberdeen’s Esplanade, comes 1,500 metres from the line. Expect a very fast finish to the Tour!”

Stonehaven and Aberdeen are both new to the AJ Bell Tour of Britain, although this stage will build on the success of the Tour Series, rounds of which took place in Aberdeen city centre in 2017, 2018 and 2019.

Don’t forget that Aberdeen and Aberdeenshire will host the Grand Départ of the 2022 race next September, too!