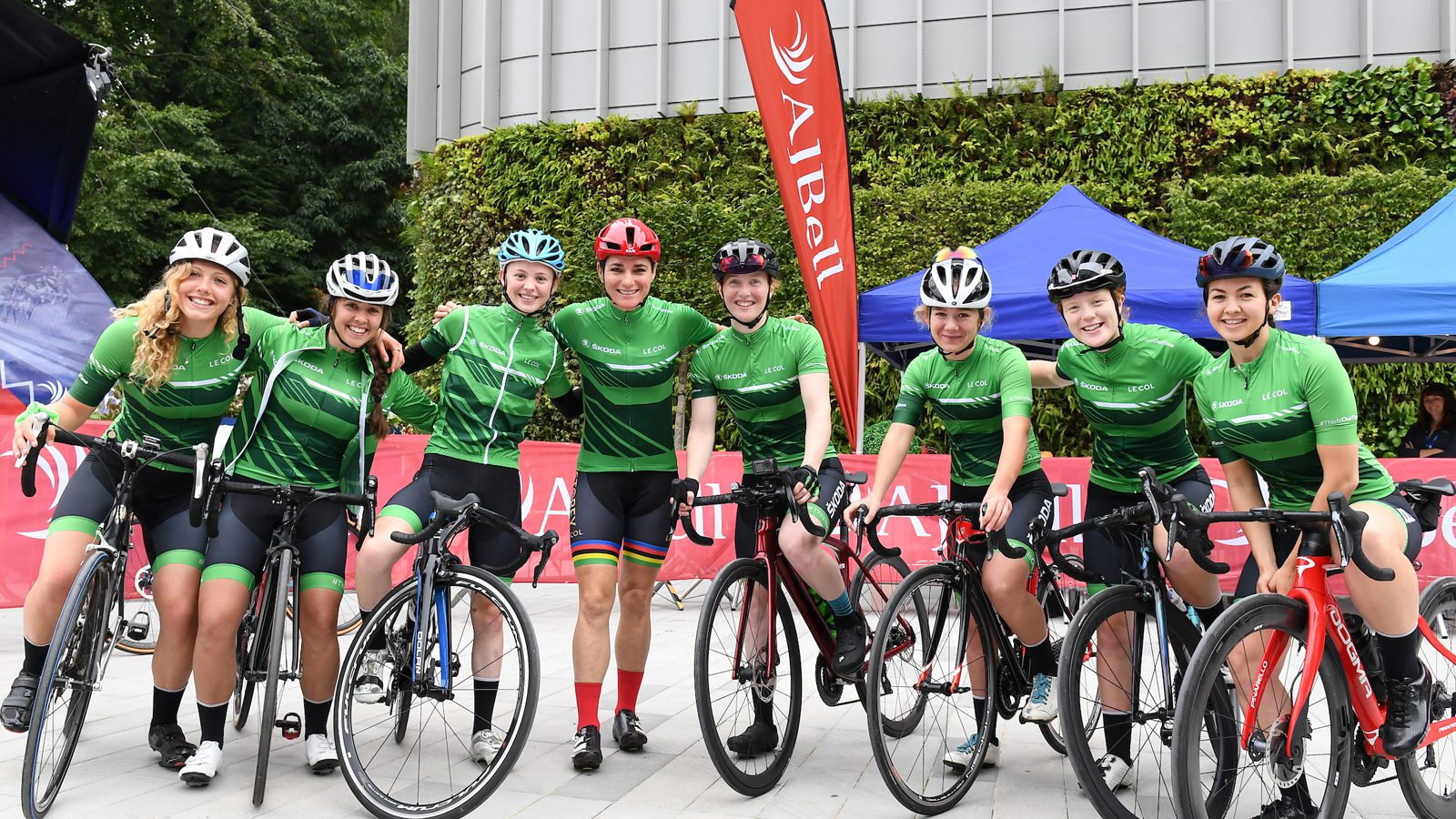 Britain’s most successful Paralympian Dame Sarah Storey was out at the AJ Bell Tour of Britain yesterday as the race visited her local training roads in Cheshire.

Britain’s most successful Paralympian Dame Sarah Storey was out at the AJ Bell Tour of Britain yesterday as the race visited her local training roads in Cheshire.

Dame Sarah and the ŠKODA DSI Cycling Academy were at Alderley Park, the world-leading biotech campus, for the start of Stage Five to Warrington, just days after returning from the Tokyo 2020 Paralympics.

“It’s fantastic to be home,” said Dame Sarah Storey.  “I’m here with the ŠKODA DSI Cycling Academy. We really like to utilise not only their own race opportunities but also those of others to provide the best learning opportunity.  We’ll be looking at some of the race route, watching the race pass and talking about the race situation as it unfolds.”

The 17 time Paralympic champion will be riding out with 7 members of the @SkodaUKCycling DSI Academy.#TourOfBritain🔴🔵⚪️ pic.twitter.com/F5Vu0QWSWV

Great fun being at the start of stage 5 for the Men’s @TourofBritain alongside the @SKODAUK DSI Cycling Academy. Today’s route took in so many of my training roads, it was great to see the action from the roadside as we cycled to see them in different spots along the route! pic.twitter.com/GI6UxZFA7F