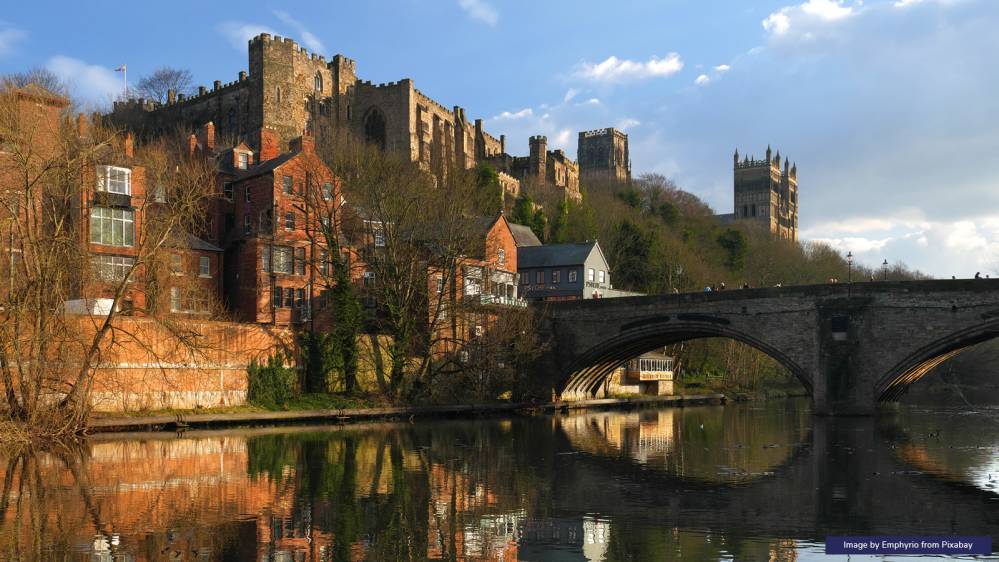 World-class sporting action will come to the streets of Durham and Sunderland this year when the two cities host stage three of the Tour of Britain cycle race.

World-class sporting action will come to the streets of Durham and Sunderland this year when the two cities host stage three of the Tour of Britain cycle race.

History will be made when riders roll out in the shadow of Durham’s famous cathedral and castle on Owengate: the city has never previously hosted a stage start or finish in a professional edition of the Tour of Britain. The announcement comes as County Durham’s quest to be UK City of Culture 2025 steps up a gear after the countywide bid made the shortlist last month.

Stage three, the first in the 2022 Tour to take place on English soil, will initially head west, taking over 100 of the world’s best riders via Stanhope and into the North Pennines AONB. Among the challenges in the opening 50 kilometres of the 168-kilometre route is the ascent of Chapel Fell, a four-kilometre climb located near the County Durham and Cumbria border.

Barnard Castle marks the most southerly point of the route, as the peloton will then head north east through Bishop Auckland, Hetton-le-Hole and Houghton le Spring en route to a finish that will suit the sprinters.

Upon reaching Sunderland, stage three will weave past some of its beautiful green spaces and through communities on the approach to the finish line outside of Sunderland’s new City Hall, which forms part of a £500m development in the city.

While this may be the modern race’s first visit to Sunderland, the city welcomed the Milk Race – a semi-professional forerunner of the Tour of Britain – on multiple occasions during its 35-year history. It will also host a round of the Tour Series, Britain’s leading domestic cycle race series, on Tuesday 10 May on a circuit centered around the historic Mowbray Park. 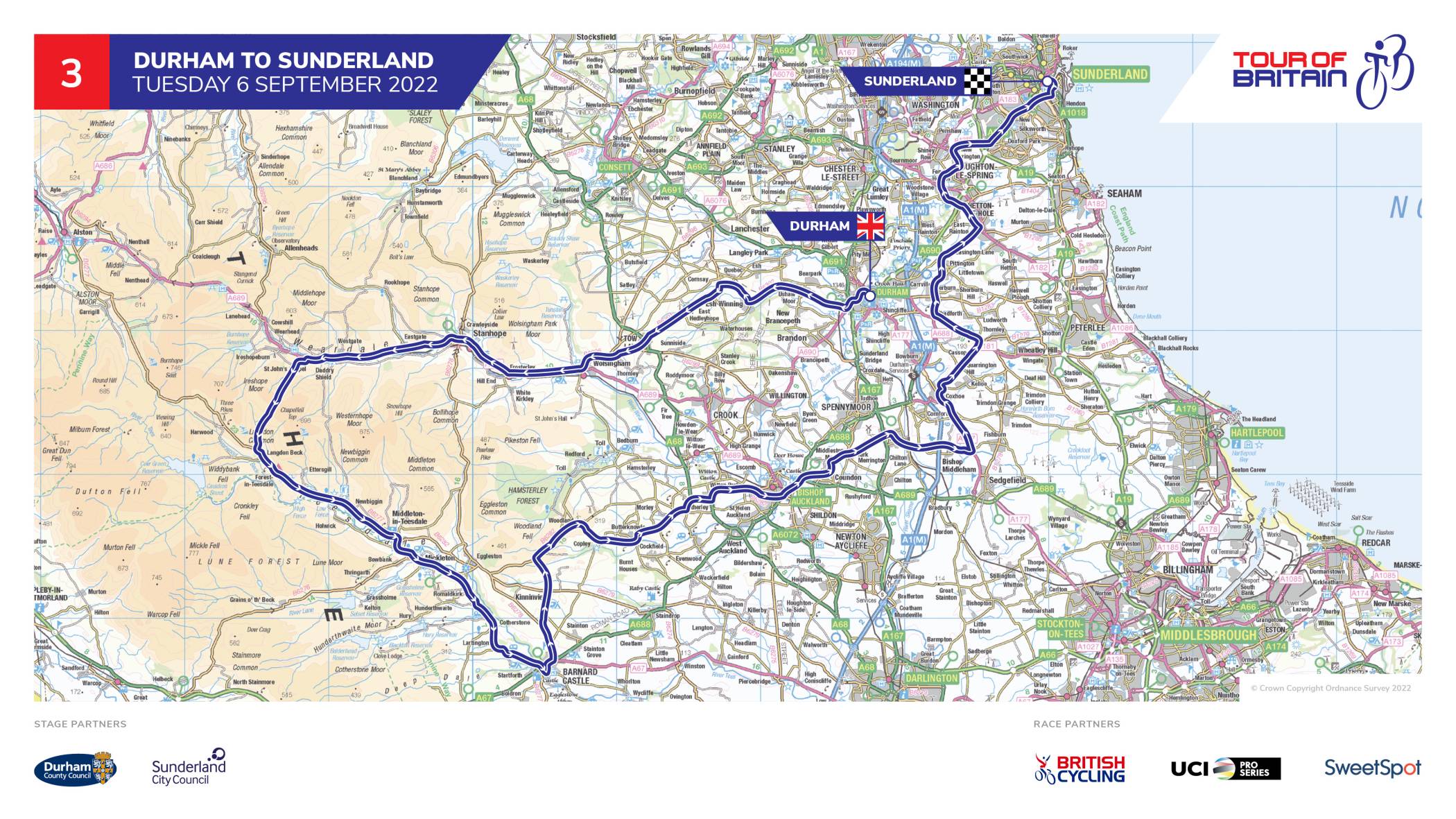 Mick Bennett, Tour of Britain race director, said: “Stage three of this year’s Tour of Britain really does have it all on what will be our first visits to two fantastic cities: a start in historic Durham in the shadows of its castle and cathedral, an incredibly scenic route through some of the UK’s finest terrain and picturesque villages, and a finish outside Sunderland’s new City Hall. Through our previous visits to the North East we know how passionate and enthusiastic people are when it comes to sport, so I’m sure they’ll turn out in numbers for this free-to-watch, world-class event in September.”

Councillor Elizabeth Scott, Durham County Council’s Cabinet member for economy and partnerships, said: “We are absolutely thrilled the third stage of the Tour of Britain cycle race will start in Durham City this year. Equally exciting is the fact the route will showcase our stunning county. This reflects Durham’s shortlisted bid to be UK City of Culture 2025, which aims to secure the prestigious title for the whole county. Sport is a huge part of our culture and is integral to our bid.”

Patrick Melia, Chief Executive of Sunderland City Council, said: “We’re really excited to be welcoming the Tour of Britain to Sunderland for the first time this September. It’s a brilliant opportunity to showcase our wonderful city, with the route skirting some of our award-winning parks and offering glimpses of the magnificent Penshaw Monument as it passes through our communities.

“What is equally thrilling is the prospect of a sprint finish, with more than 100 of the world’s best riders racing through our city centre towards the finishing line at City Hall, at the heart of Riverside Sunderland. I think it will be a truly amazing spectacle which people will flock to see.

“I’d also like to think the tour will inspire more people to take to their bikes as part of our exciting programme of swim, bike, run activities, and take advantage of our fabulous green spaces and fantastic coastline to enjoy all the physical and mental health benefits that come from being physically active.”

An interactive stage map, SKODA King of the Mountains and sprint locations, full timetable, and local resident information will be released in advance of race day on Tuesday 6 September.