How is the Tour of Britain route chosen? 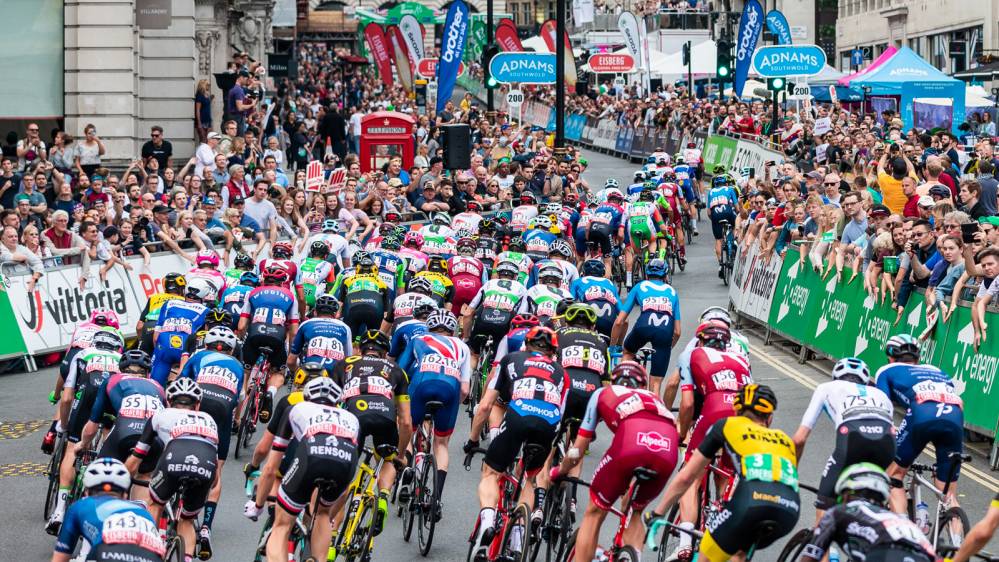 So, now you know: the 2019 Tour of Britain route will take the world’s best from Glasgow to Manchester, via Newcastle and some of the most spectacular sights on offer.

So, now you know: the 2019 Tour of Britain route will take the world’s best from Glasgow to Manchester, via Newcastle and some of the most spectacular sights on offer.

We appreciate that everybody would like the event to visit their hometown, or maybe a climb they’ve been riding up for years, but it’s sadly not possible to visit every part of Britain in just eight days.

Putting together each year’s route is a logistically and strategically challenging task. Our handy Q&A explainer should provide an insight into what it takes to devise an eight-day race route around Britain.

I can’t believe you’re ignoring my hometown on this year’s race! Why?

Unfortunately we cannot cover every part of Britain during an eight-day bike race. It’s impossible!

Under the rules set by the UCI, the sport’s governing body, we cannot have any stage above 240 kilometres in length. Also, the maximum average daily distance permitted is 180 kilometres, so if we started in Land’s End, we’d have to take the most direct route to get riders to John o’Groats within the rules. Think how many amazing counties we’d miss out – not to mention Wales in its entirety!

So how do you choose the route?

Well, despite what some people may have you think, we don’t just sit in a dark room and stick pins in a map!

It’s a nice idea, but consider this. As the event organiser we have to pay for the hotel rooms (including breakfast and evening meals) for all the riders, team staff, officials and event crew during the race. Prize money? Yep, we cover that, too – in 2019 that came to approximately £100,000.

Throw in the cost of the live TV production (a significantly higher six-figure sum), the police and National Escort Group teams to make the race safe, year-long promotional and marketing resources plus a full-time office staff who organise the whole event and before you know it the cost of organising the Tour of Britain is well over £2.5m annually!

Because of the infrastructure and resource required to put on the race, our host venues will pay a fee to welcome the race (as there is with every big cycling event around the world). It’s important to remember that this is always recouped by the sheer benefit of having thousands of people visit – the 2019 race generated a net boost of over £20m for the British economy.

We work with our stakeholders and partners to put the stages together. Obviously, given the stature of the race, the logistical challenge of holding stages in the furthest corners of the Britain isn’t going to be particularly viable.

Take this year’s route for example. Remove the Grand Depart in Glasgow and Dumfries & Galloway and the final stage in and around Greater Manchester, and you’ve got six days to attempt to please as many people as possible!

Summit finishes are always a big talking point: yes, we realise that Britain has some amazing climbs, but there’s a reason we’ve used Haytor (2013, 2016), The Tumble (2014), Hartside Fell (2017) and Whinlatter Pass (2018).  To produce our daily live TV coverage of the race, we need the space the size of a football pitch to park the outside broadcast trucks. Add onto that our finishing gantry, podium, hospitality unit, plus the need for a media centre and space to park organisational vehicles, and the footprint of our race quickly becomes apparent.

Safety is another issue; over the 15 years of the modern Tour of Britain, our route planners have found plenty of potentially amazing finish venues for the race. However, we need to make sure rider and spectator safety isn’t jeopardised: having a sprint stage ending on a long, narrow, downhill road that has road furniture littering the route is not going to be a smart idea, is it? Indeed, one planned finish location on the 2018 race was moved to another town because the run in wasn’t suitable.

But you visited [insert place name here] last year and you never come to my hometown!

Once our host venues see the huge boost that welcoming the Tour of Britain provides to their local economies, it’s unsurprising that they do all they can to have the race return. As the race organiser, we have to balance this demand from places who want the Tour of Britain back (and have agreed multi-year contacts with us) alongside potential new host venues!

Also, we also organise the Women’s Tour and Tour Series; some of our host counties and regions like host to one of these events instead of the Tour of Britain from year to year, too.

So while we’re not heading to Wales in September, the final two stages of this year’s Women’s Tour take place in Powys and Carmarthenshire in June!

But you’ve missed out Wales! This isn’t a Tour of Britain!

We have had editions of the race without stages in Scotland and/or Wales before. We work very closely with both EventScotland and Scottish Cycling, and Welsh Government and Welsh Cycling. All have been great supporters of the race since 2004, and we have had multi-year deals in place to ensure the race visits these fine countries.

And, as we said above, the final two stages of this year’s Women’s Tour take place in Powys and Carmarthenshire in June!

There are so many amazing cities that you keep ignoring!

We speak to counties, cities and large towns across England, Scotland and Wales on a regular basis. The places we’d like to take the Tour of Britain to are almost certainly on your desired list but, depending on their local strategies and existing events calendar, some are simply not interested in hosting a cycle race.