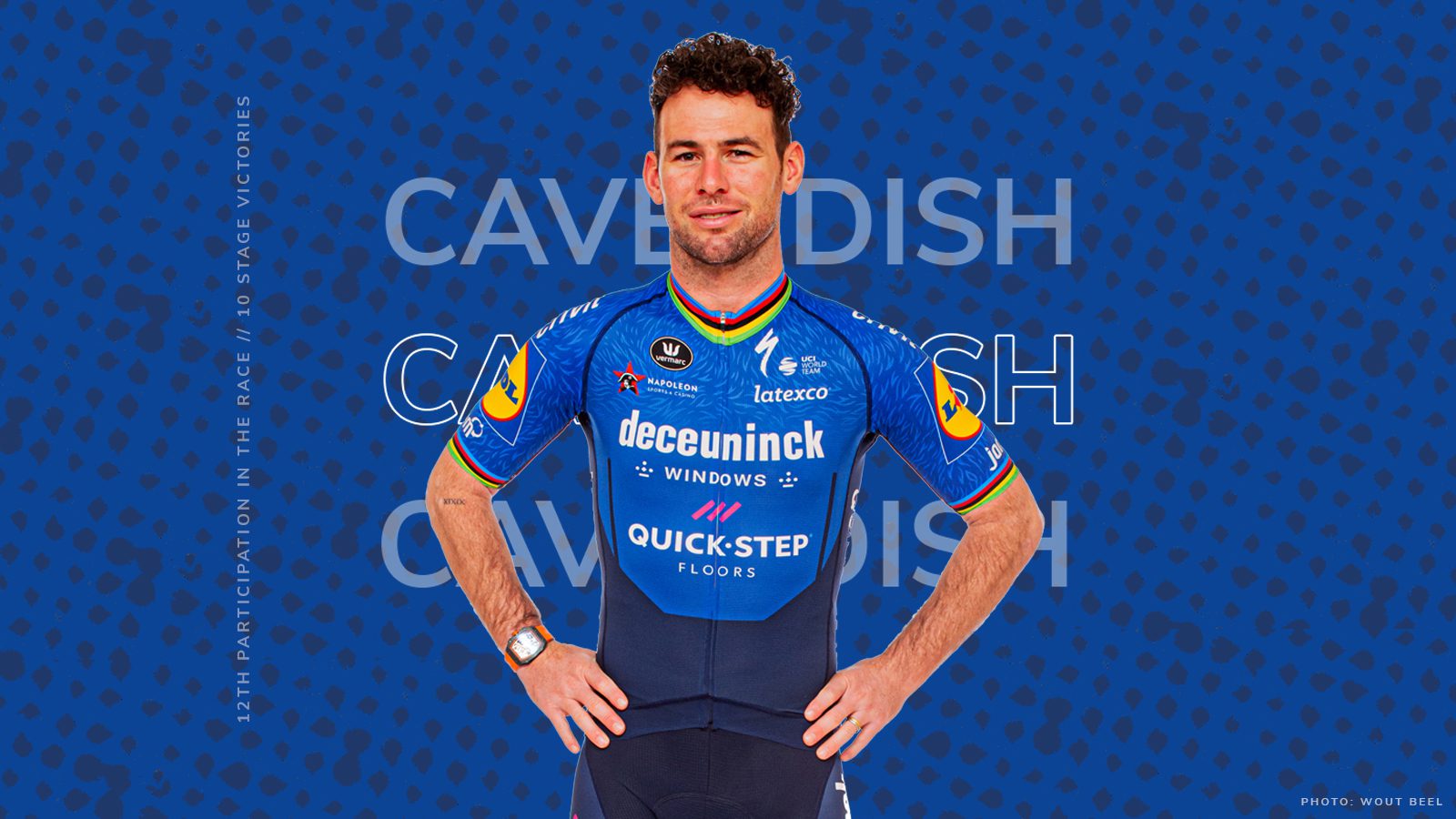 Mark Cavendish, the greatest sprinter of all time, has today been confirmed as the first rider for this year’s Tour of Britain (Sunday 5 to 12 September).

Mark Cavendish, the greatest sprinter of all time, has today been confirmed as the first rider for this year’s Tour of Britain (Sunday 5 to 12 September).

The Manxman, who has won more stages of the modern Tour than any other rider – 10 – will lead his Belgian Deceuninck – Quick-Step team at the UK’s biggest race.

Cavendish has previously started the 11 Tours of Britain, finishing nine, and led the race for two days during the 2007 edition. A world champion on both road and track, he equalled Eddy Merckx’s long-standing record of 34 stage victories in the Tour de France and won the race’s prestigious points competition in July.

Deceuninck – Quick-Step are the most successful team in modern Tour of Britain history, having won the race twice – courtesy of Nick Nuyens (2005) and Julian Alaphilippe (2018) – and claimed 22 stage victories since 2004.

The remainder of their six-man squad for the Tour of Britain, as well as those of the other competing teams, will be announced in due course.

Mark Cavendish said: “It is always an honour to race on the home roads of the Tour of Britain. It is a race where I have always enjoyed success and I am really looking forward to racing with what I know will be a strong Deceuninck – Quick-Step team. It has already been a special year for me and riding the Tour of Britain will be a great way to see so many of the people who have supported me throughout.”

Mick Bennett, Tour of Britain race director, said: “We always pride ourselves on the quality of riders we attract, and the participation of Mark Cavendish in this year’s Tour of Britain will no doubt whet the appetite of the British public. He’s a true great of our sport – something he has proved once again throughout his unforgettable 2021 season – and I cannot wait to see him on the start line in Penzance.”

This year’s race begins in Cornwall on Sunday 5 September, and includes a team time trial in Carmarthenshire (stage three), hill-top finish on the Great Orme, Llandudno (stage four) and a first-ever finish in Edinburgh (stage seven). The 2021 champion will be crowned in Aberdeen on Sunday 12 September. Live coverage will be available on ITV4 in the UK, as well as in over 150 countries worldwide.