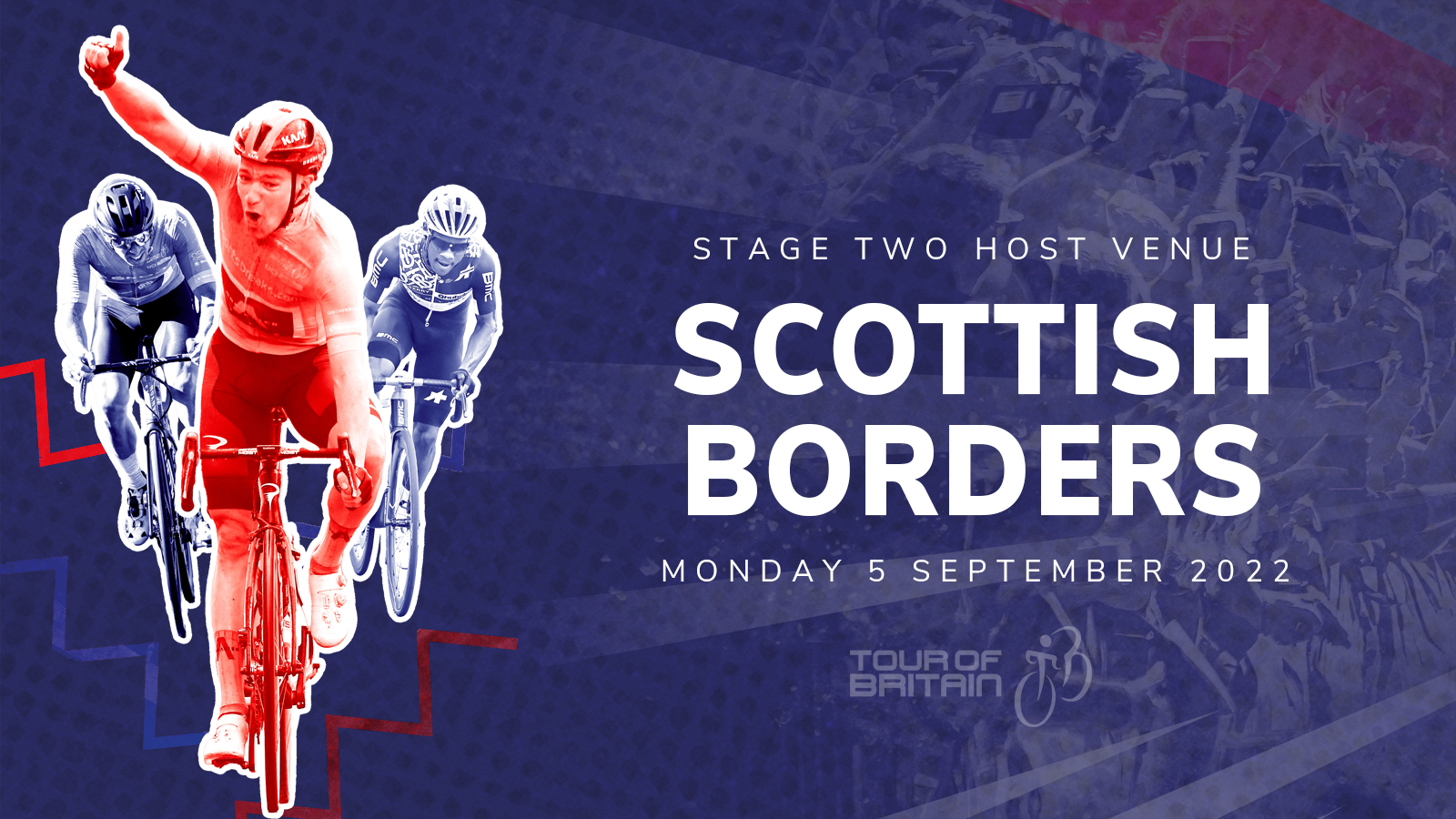 World-class road cycling will return to the Scottish Borders in 2022 when the county hosts the prestigious Tour of Britain and Tour Series events.

World-class road cycling will return to the Scottish Borders in 2022 when the county hosts the prestigious Tour of Britain and Tour Series events.

Galashiels will welcome Britain’s leading male and female cyclists for the first time when it hosts the Tour Series, the fun, free and family-friendly cycling event, on Wednesday 4 May.

The historic town, famed for its links to the textile industry, will host round two of the UK’s leading televised cycle race series. It will be the first time that the event has come to the Borders. Initial information for local residents and businesses can be found at scotborders.gov.uk/TourSeries.

Stage two of the Tour of Britain will then take place solely within the Scottish Borders on Monday 5 September. The Borders have previously welcomed the race on eight occasions, including a stage start in Hawick last year, as well as a stage that started and finished in Kelso in 2019.

More details of the Tour of Britain’s return to the Borders – including the start and finish locations, and full stage route – will be unveiled on Wednesday 6 April.

Both events are organised by SweetSpot, the award-winning company who are also behind the Women’s Tour cycle race.

Video: Relive Matteo Trentin’s dramatic victory in Kelso during the 2019 Tour of Britain

The 2022 Tour of Britain (Sunday 4 – 11 September) includes the race’s most-northerly Grand Départ ever in Aberdeen and Aberdeenshire. It will also feature a much-anticipated return to Yorkshire and first-ever full stages in Gloucestershire and Dorset before what promises to be a spectacular finale on the Isle of Wight. Click here for more details.

With the cycling industry enjoying a continued boom in the UK, there are a range of sponsorship opportunities available with the Tour of Britain for 2022. Packages range from the title partnership of the events to sponsorship of individual classifications, daily awards, and digital and broadcast opportunities. Visit sweetspotgroup.co.uk/partnerships for more.