Note: stage routes for the Tour of Britain 2022 are provisional and will be finalised in July

For the third edition running, Scotland will host multiple days of the Tour of Britain, with stage two of this year’s race taking place in the Scottish Borders.

Hawick, famous for its knitwear and the first whisky distillery to open in the region since 1837, will be the starting point of stage two. The race’s ninth visit to the Borders will feature a mix of roads old and new to the event, before a first-ever finish in Duns. The stage winner will be crowned in the shadow of the Jim Clark Motorsport Museum, which celebrates the two-time Formula 1 world champion who lived nearby.

Italian rider Matteo Trentin won the last stage to finish in the Borders: the former European champion triumphed in Kelso on day two of the 2019 race.

More details of stage two will be announced in Summer 2022.

Host venue for the second time

Hawick, which hosts the start of stage two, is one of the largest Border towns and is internationally famous for fine quality knitwear, as well as producing rugby union legends such as Jim Renwick and Stuart Hogg.

The town has a long and colourful history which can be traced back to the 12th century, when King David I granted land to a Norman family, the Lovels. Today, Hawick’s industrial heart continues to beat strongly, with the continued production of the highest quality knitwear, cashmere and tweed, and a range of associated visitor experiences and shops available.

Other attractions include the Borders Textile Towerhouse, in which the heritage of Scotland’s premier textile manufacturing region is presented within a restored 16th-century tower house. Wilton Lodge Park, on the wooded banks of the River Teviot, has 107 acres of riverside and tree-lined walks, and a walled garden. The Hawick Museum and Scott Gallery detail the town’s history and provide a venue for visiting exhibitions.

Hawick is also home to the recently-opened Borders Distillery. Housed in a restored Victorian industrial building, it’s the first Scotch whisky distillery in the Scottish Borders since 1837.

‘The Horse’ at the end of the High Street commemorates the victory of local youths over English invaders at nearby Hornshole in 1514. During the skirmish, the Abbot’s banner was taken and triumphantly carried back to Hawick. One of the oldest Border festivals, the Common Riding, held in early summer, honours this event. Led by a Hawick born and bred young man, he is supported by hundreds of horse riders from the town and across the Borders to ride the boundaries of the town’s traditional lands.

Host venue for the first time

Duns is formally the county town of Berwickshire in the Scottish Borders. It still retains the air of an old Scottish burgh with its spacious market square.

In earlier times, Duns’ wealth and importance rested on its thriving livestock market and like many Border settlements, it has had a turbulent history, evidence of which can still be seen in and around the town.

Duns Castle, whose grounds are now a park and bird sanctuary, was redeveloped in 1820 around a 14th-century peel tower given by Robert the Bruce to Randolph, Earl of Moray. Nearby Greenknowe Tower is set in beautiful surroundings and the small kirk at Ellemford is where James IV met his commanders before the disastrous Battle of Flodden in 1513.

Rising some 700 ft above sea level, the hill of Duns Law offers commanding views of the Merse and the rich, low-lying farmlands running out from the coast.

Also worth visiting in Duns are Manderston House which offers a fascinating insight into ‘upstairs, downstairs’ life, and the Jim Clark Museum, a unique centre devoted to the late world Formula 1 champion racing driver.

Duns is also recognised as the likely birthplace of John Duns Scotus, the great medieval philosopher who taught at the University of Paris during the 14th century. A bronze statue of Duns Scotus stands in the public park.

The Scottish Borders is renowned for the quality of cycling available, be it the long distance waymarked on-road cycle routes or the world famous 7stanes mountain biking destinations of Glentress, Innerleithen and Newcastleton.

There are over 50 road cycling route options alone available on cyclescottishborders.com, making it a great destination for a cycling break, with lots of cycle-friendly accommodation providers, cafes and attractions awaiting visitors.

The Scottish Borders is proud to be hosting the Tour of Britain once again, having provided the backdrop for a full stage in 2019; stage starts in 2009, 2011, 2012, 2013 and 2021; and stage finishes in 2015 and 2017. The route will take the riders through the region’s incredible countryside, along some of the most popular cycle routes and through historic towns.

A number of great cycling routes, both short and long, pass through Hawick and include the 250-mile Borderloop, a multi-day route around the Borders, or the 50-mile Southern Borders Loop taking in Newcastleton.  Shorter routes from Hawick include the 14-mile Roberton route and the seven-mile Vertish Hill Loop.  Full details of all the routes in the Scottish Borders can be found here. 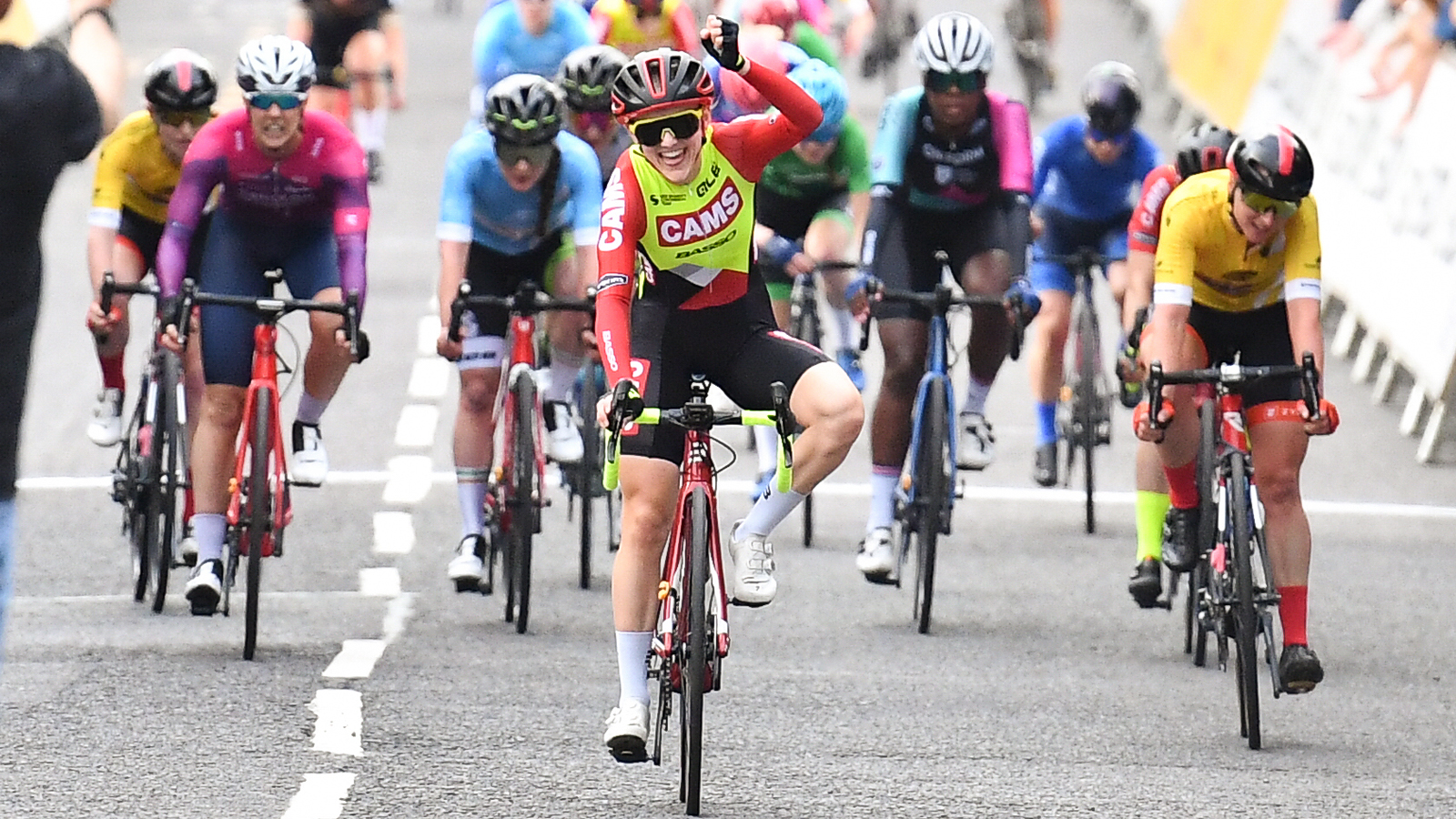 The Scottish Borders will also welcome the Tour Series, Britain’s leading televised domestic cycle series, when Galashiels hosts round two on Wednesday 4 May 2022.

The historic Scottish Borders town, famed for its links to the textile industry, will host round two of the leading televised cycle race series on Wednesday 4 May. It will be the first time that the event has come to the Scottish Borders.

This new-for-2022 round will take place on a technical circuit, which starts and finishes adjacent to the idyllic Bank Street gardens. 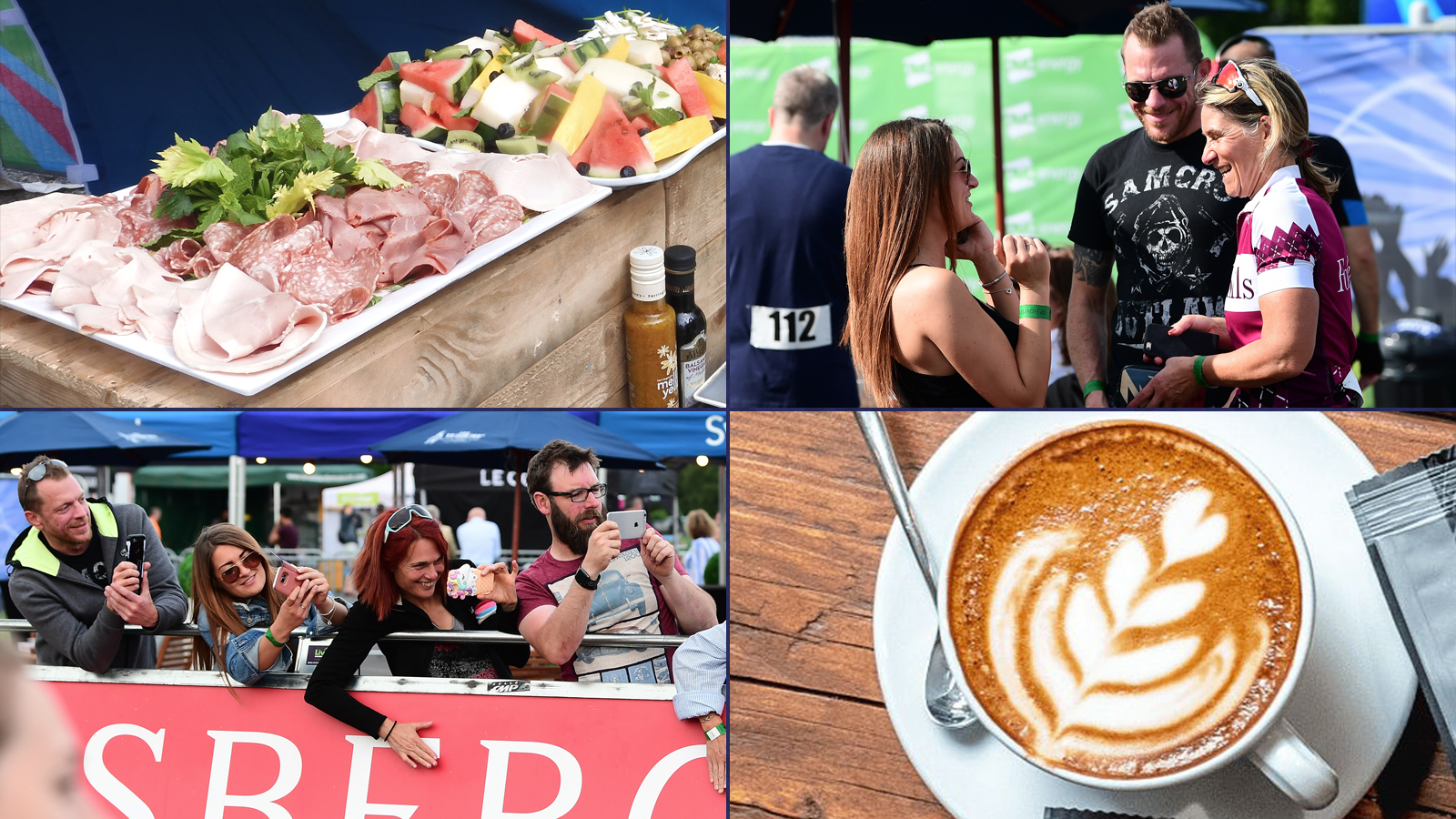 There’s no better way of watching the action at this year’s Tour of Britain than with our hospitality packages!

Secure a front-row seat at our stage starts and finishes, topped off with delicious food and drinks specifically chosen for cycling fans.

Fans can now book their hospitality passes for the Hawick start and Duns finish via Sportsbreaks.com, the official hospitality partner of the Tour of Britain.

Additionally, our expert team can build bespoke packages throughout the Tour to suit your needs. Contact Seb Roberts for more information. 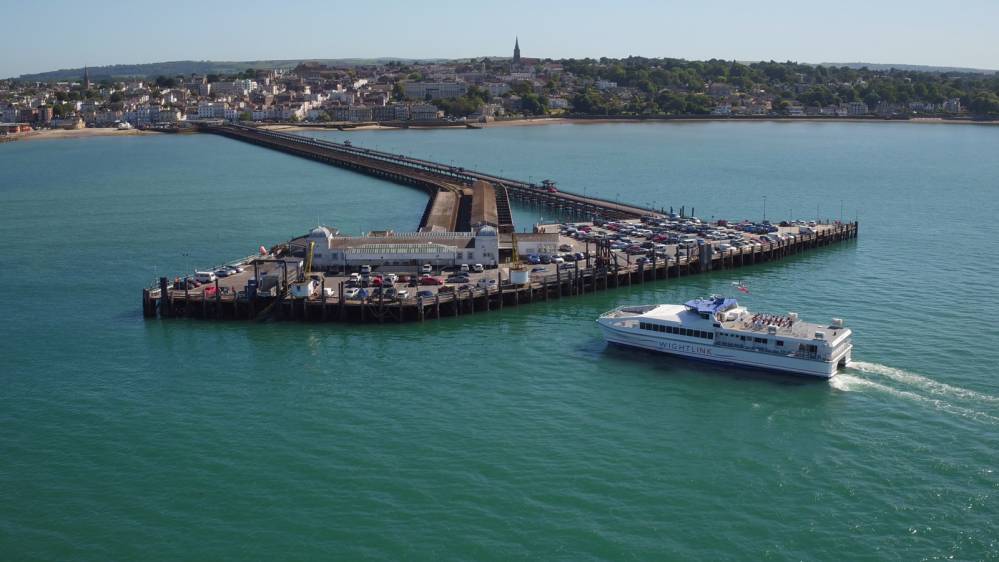